Josiah Meigs, UGA’s first president, was quoted as saying that there were no finer accommodations for students in the land than at the University of Georgia (Augusta Chronicle). We hold ourselves to the expectations of our campus founding fathers to this day.

The University of Georgia is Founded

The University of Georgia is founded in 1785 as the United States’ first state-chartered university. 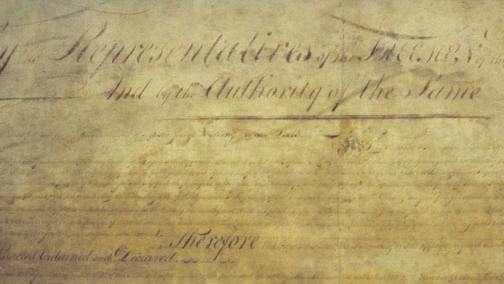 Old College, the first permanent structure on campus, opens with classroom, dining and dormitory space with rent set at $1 per quarter. In fitting tribute to Benjamin Franklin, the neglected namesake of the building, the current tenant is the Franklin College of Arts and Sciences. 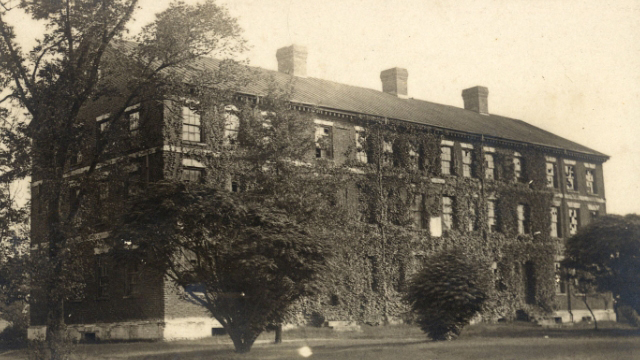 New College opens as a mix of dormitory, library and classroom building.

New College burns to the ground – the first building fire in the City of Athens. It is rebuilt two years later.

The first campus live-on requirement is instituted by UGA’s President.

The university closes because of the Civil War. Campus buildings are utilized for Confederate soldiers, Union prisoners and civilian refugees.

The University of Georgia reopens.

Old College has deteriorated so badly students are allowed to live rent free.

Candler Hall is constructed as a male dormitory and is now home to the School of Public and International Affairs. Candler Hall sits on historic Herty Field, location of the University of Georgia’s first football game (a win over Mercer) in 1892. 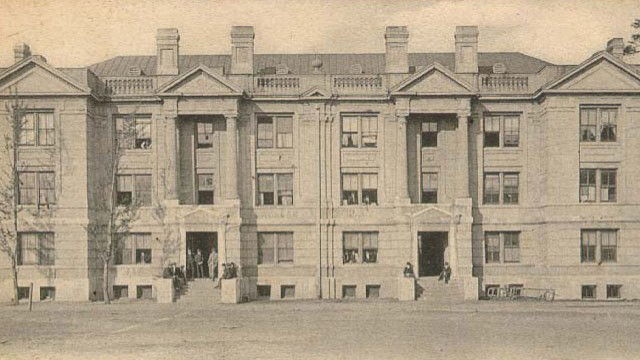 The descendants of Gov. Lumpkin donated to UGA a sizable portion of land south of the ravine in which Sanford Stadium now sits. Among the conditions of the donation was the provision that the Lumpkin House—used as a men’s dormitory until 1932—remain intact at its current location in perpetuity. Any attempt to remove or demolish the house will result in a large section of today’s South Campus being returned to the heirs of the Lumpkin family. 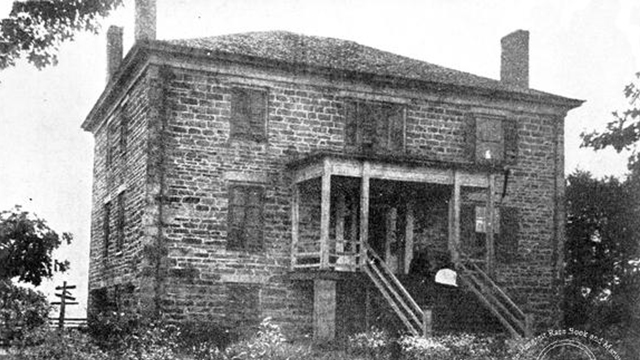 Soule Hall opens to become the first residence hall for females on campus. Originally there was a swimming pool in the basement and its east balcony overlooked an amphitheater, now occupied by the Boyd Graduate Building and the Science Library. 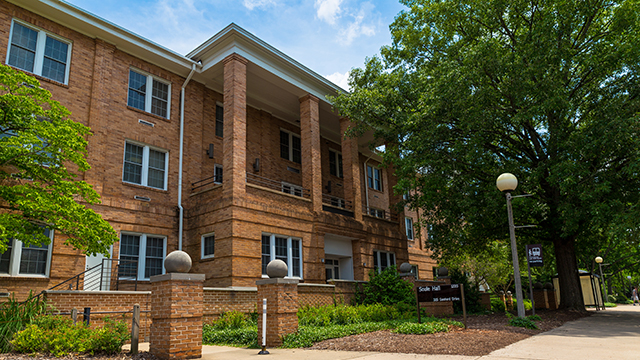 Milledge Hall opens to house students. It is now home to the Division of Academic Enhancement and Tutorial Services. 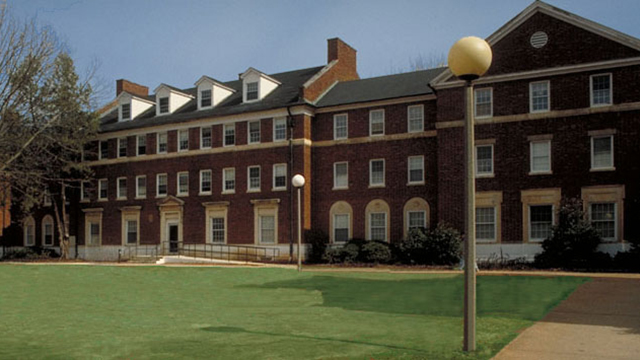 Camp Watkins is constructed by Forestry Students. A 30’x12’ cabin stood near the site of Lake Herrick until 1956. 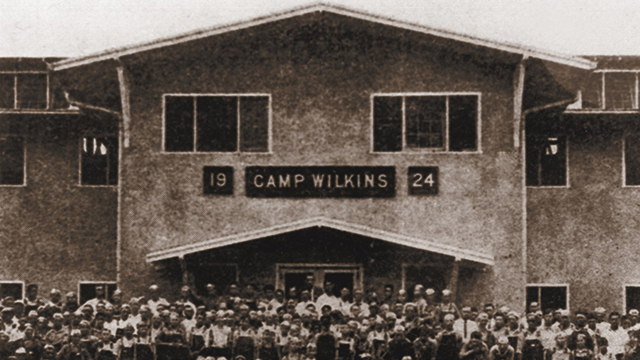 Memorial Hall opens after nearly 15 years of intermittent construction to house male students, the athletic department, meeting and event space, and dining. It is now home to the Division of Student Affairs, of which University Housing is a part. 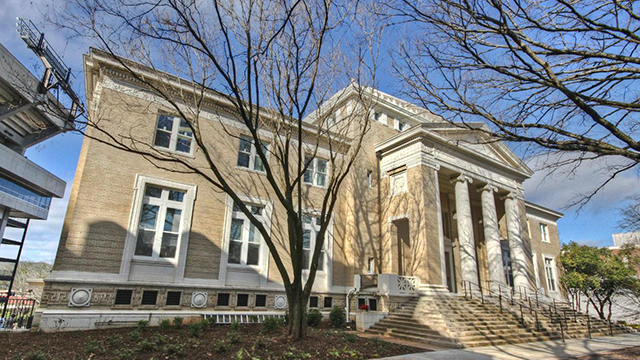 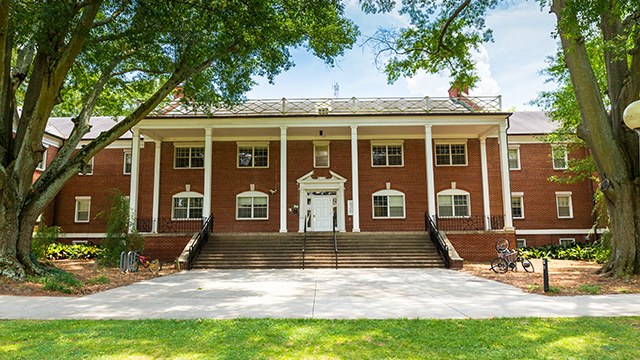 Rutherford Hall opens as the third all-female residence hall. It is torn down in 2012, but the new hall incorporates elements of the old, such as carriage lights, ironwork and original fireplace mantles. 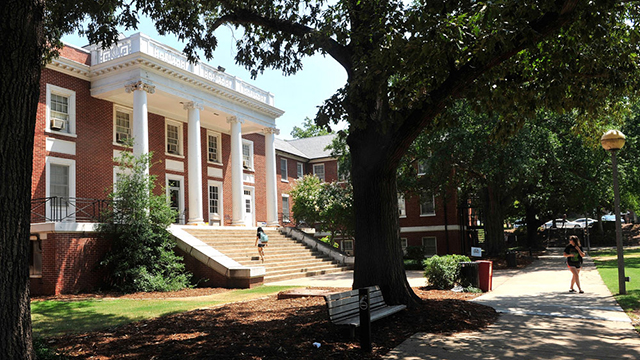 Milledge Annex, now known as Payne Hall, opens. It was completely rennovated during the summer of 2006. 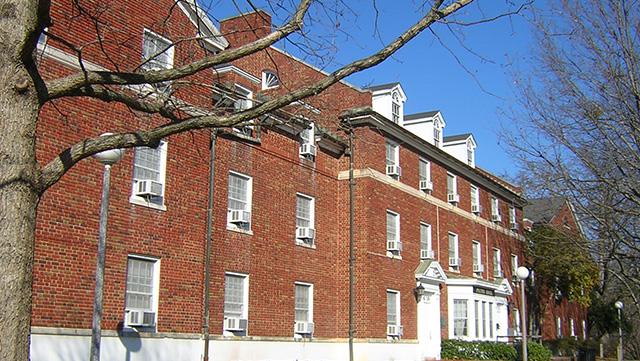 Boom Town – A mix of trailers and prefabricated bungalows are set up on Ag Hill to accommodate the tremendous increase in enrollment. 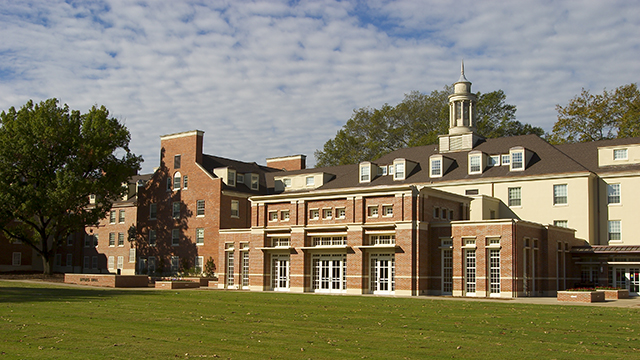 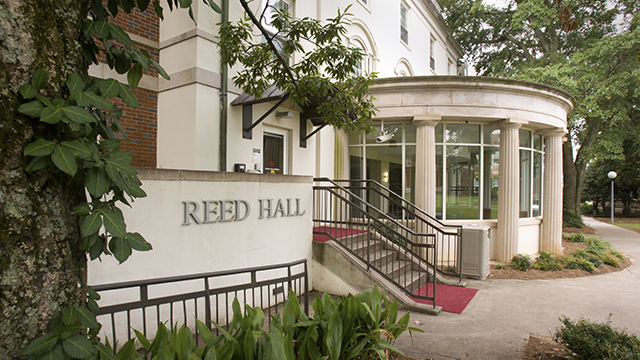 Morris Hall opens to graduate and law students. Currently, it is home to males and females first-year students. 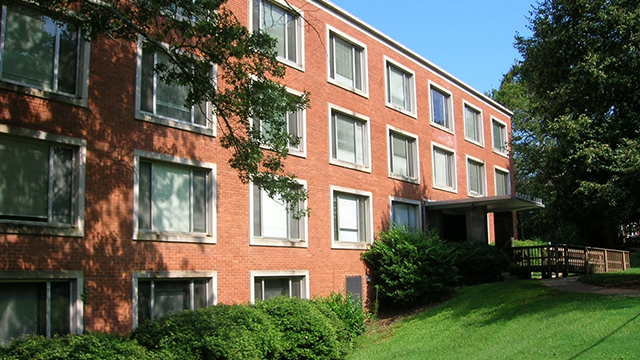 Boggs, Church, Hill, Lipscomb and Mell (known as the lower five because of their position at the bottom of Baxter) and Tucker Halls open. 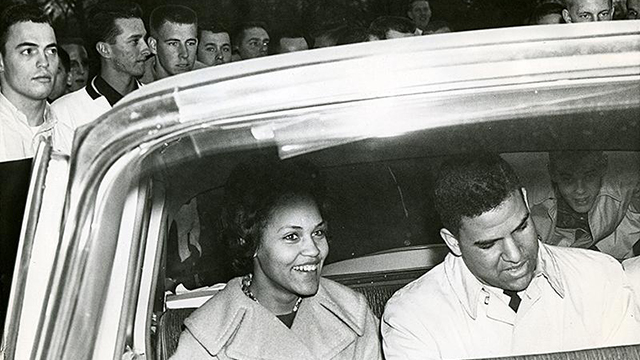 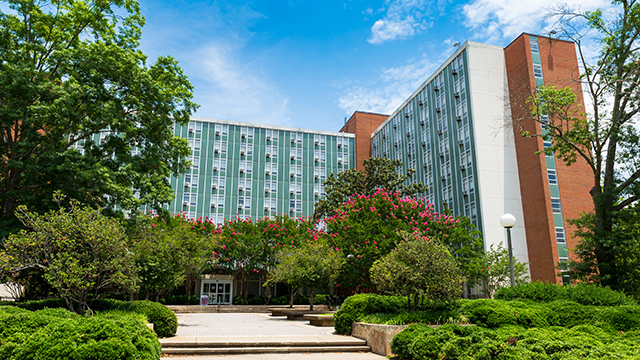 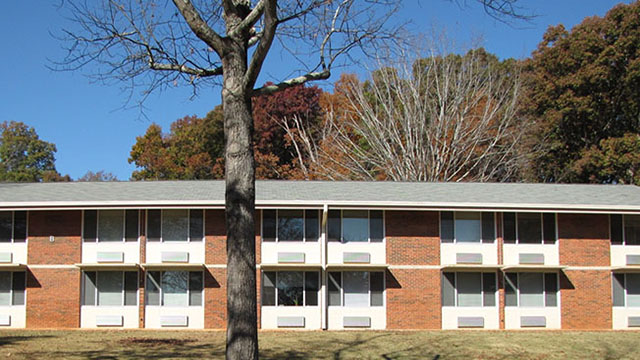 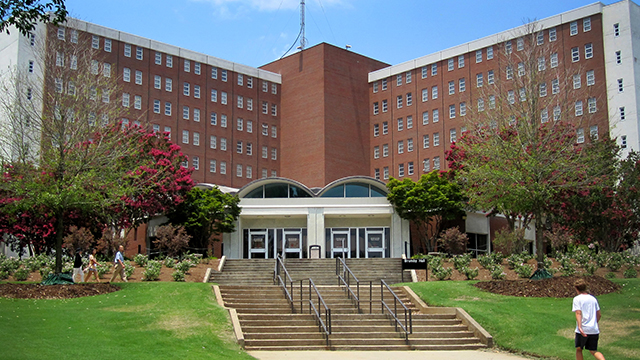 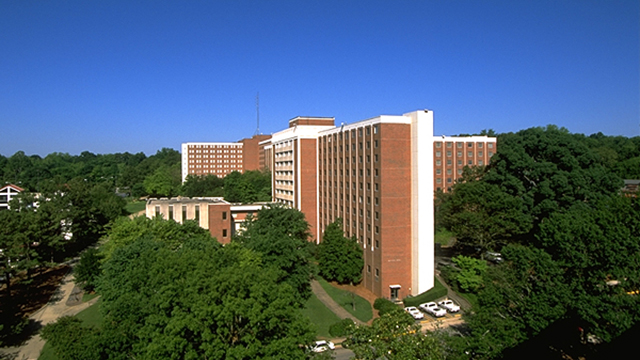 The original McWhorter Hall opens to house student athletes. It was torn down in 2005, and a new residence hall now bears its name.

The curfew for females is abolished. Currently, there is no curfew for residents but two different visitation designations are available, depending on hall. 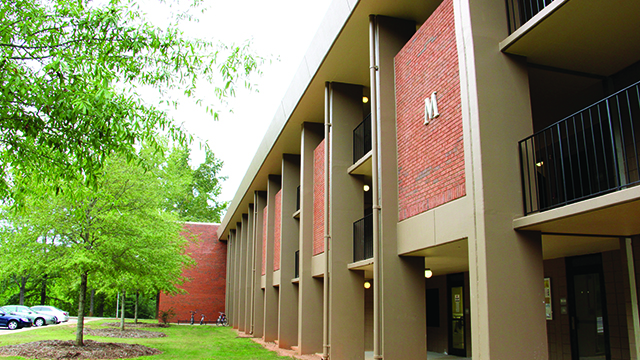 University Housing acquires Oglethorpe House and pool, built in 1965. The pool was later filled in to accommodate the expansion of Oglethorpe Dining Commons. 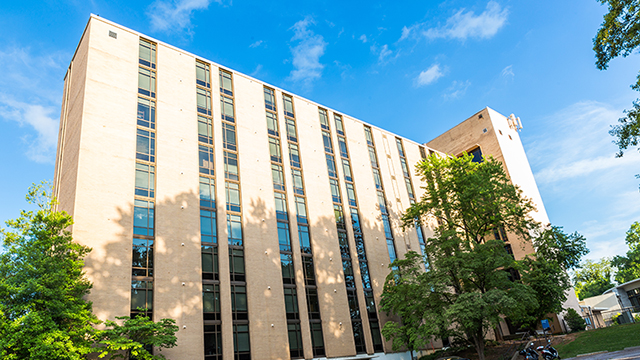 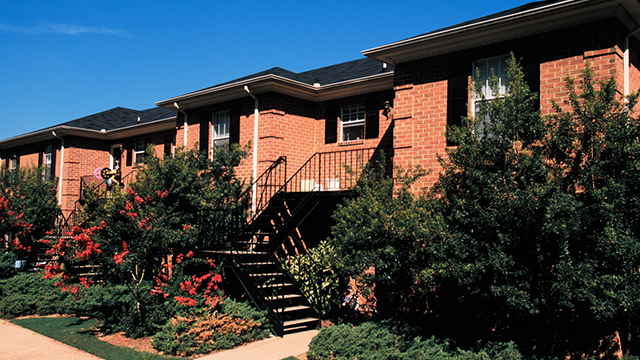 Smoking is banned in residence halls. In 2014, all tobacco use is banned on UGA’s campus.

The University of Georgia institutes a first-year live-on requirement for freshmen. 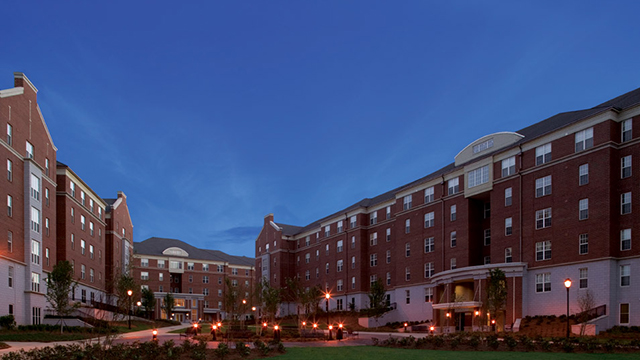 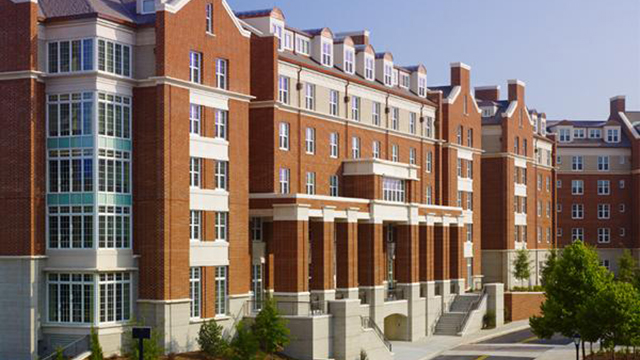 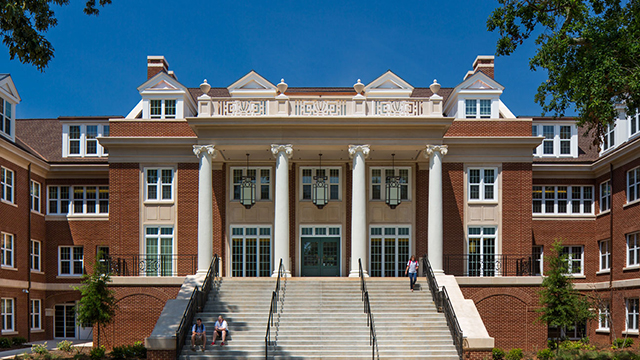 Russell Hall opens after a 15-month renovation with increased privacy in community bathrooms, in-room temperature control and a complete update of mechanical, electrical and plumbing systems. 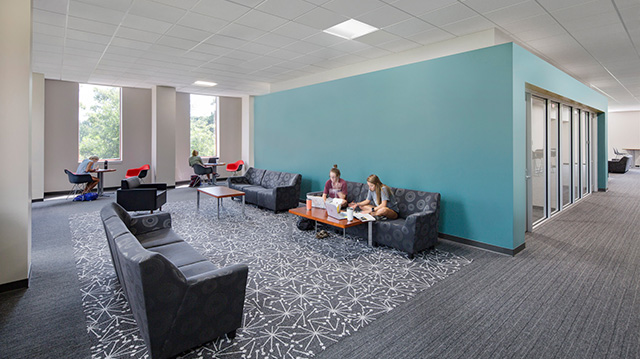 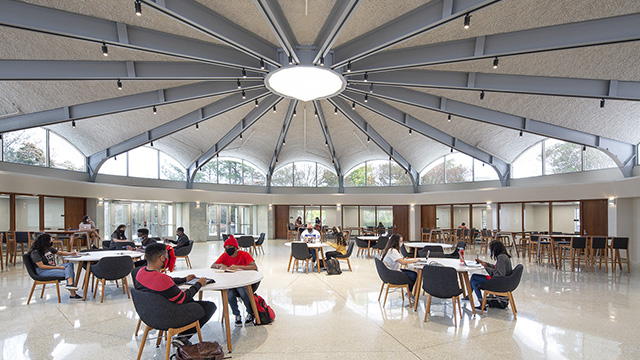 Named for the first three Black students to enroll as freshmen and complete their degrees at UGA, Black-Diallo-Miller Hall is built to house first-year students in double-occupancy rooms. 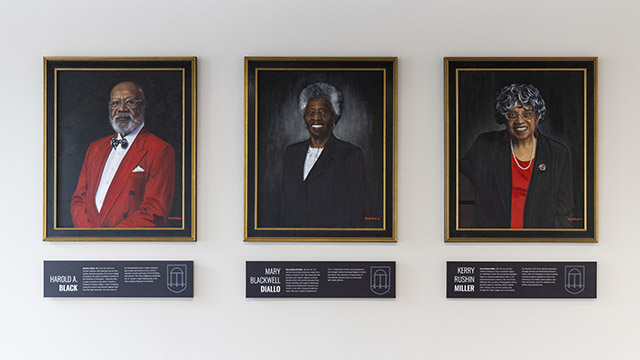